Review of the game Gears Tactics

Hello, lovers of good computer games! We have a great copy here that will especially appeal to those who have had enough of chasing aliens in XCOM, but would like to see something similar. Actually, something similar exists in the world and it’s called – Gears Tactics.

In a good way – this is, of course, a clone of XCOM. Only now clones are usually obtained at a level worse than the original. And here the overall quality of the game is not just the same level, in some moments it turned out even better.
It is already clear from the title that Gears Tactics is a turn-based strategy game. We have 4 soldiers with whom we operate and try to achieve the goal with the least losses, while destroying interfering enemies, who most often outnumber us.

At first glance, all this has already been in other projects. Only now, if in XCOM the player was rushed, including a countdown, then in Gears Tactics the dynamics of turn-based battles is created by itself. And the point here is that each operative has 3 action points. These points can be spent at your discretion and in any order. You can run over as a scout and greet the enemies, spending all the action points only on moving, you can take a sniper and make 3 accurate shots, destroying those who answered the greeting in the wrong way, or you can take the third soldier, approach from the side and finish off those few with a grenade throw who stayed. 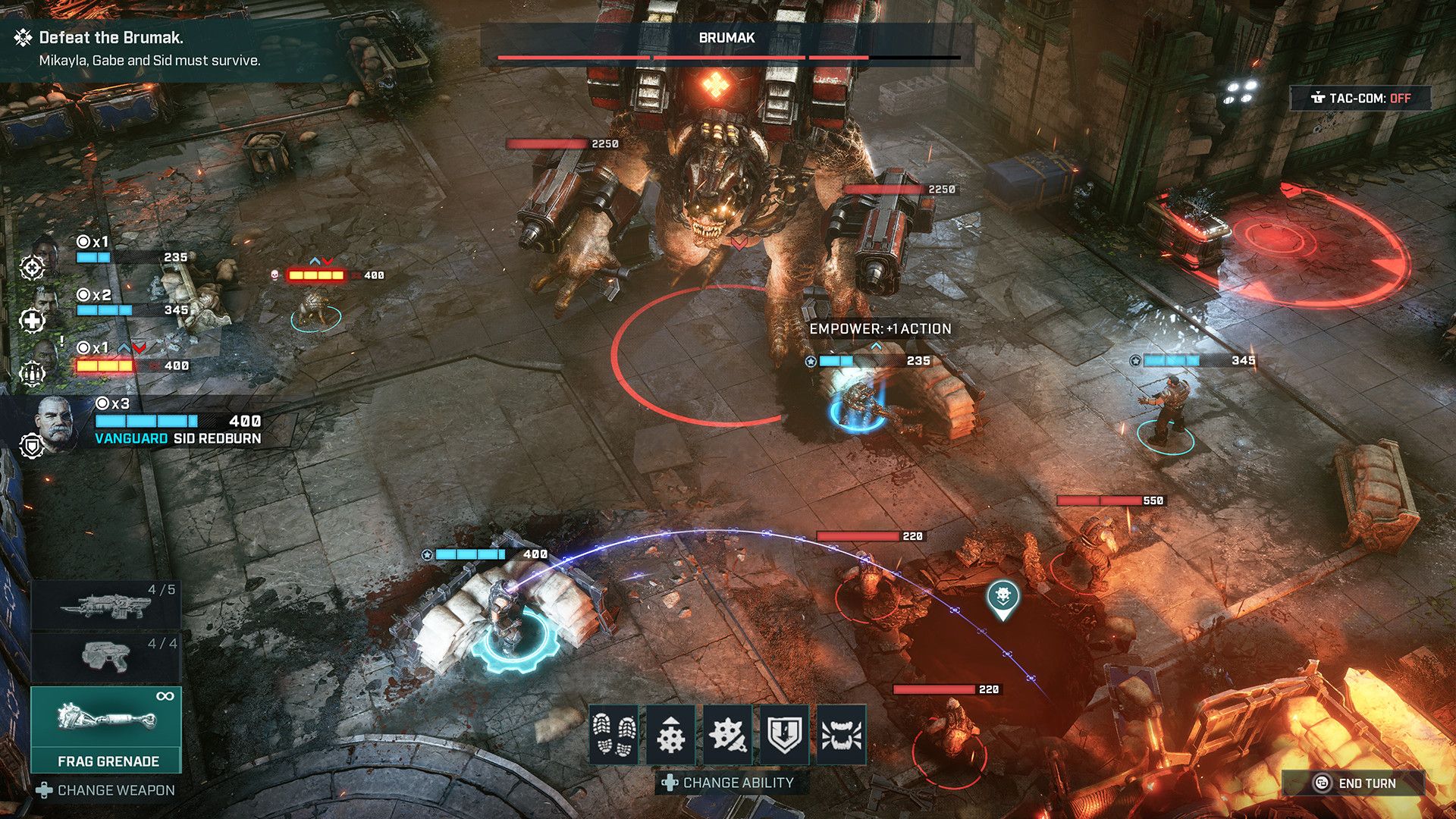 In addition, in Gears Tactics, the enemy can be guaranteed to be destroyed by hand-to-hand combat. “And the bayonet is well done!” – as they say. You can also execute a wounded enemy (also, respectively, in close combat) and get additional action points for this. Thus, the combat system forces us to constantly fly forward to attack. At the same time, no one forbids taking, say, 2-3 snipers in a team and shooting the enemy from a distance, constantly receiving additional action points for hits. But it is best, of course, to make a combined team consisting of all classes, because. firstly, skills that give additional action points take a long time to recharge, and secondly, not all enemies can be approached, especially on high difficulty.

In terms of diversity, everything is fine. 5 classes. Each class is pumped over 4 branches. Branches can be combined. There is no base between missions as such, but there is armor and weapons that give certain bonuses. Digging through the inventory and equipping the heroes for the next operation can take a long time. There are enough options and this is a plus.

The game looks amazing too. You expect such graphics from an Action, but definitely not from a turn-based strategy. The transitions from screensavers to gameplay (screensavers on the game engine) look especially impressive. At the same time, there are no serious bugs and crashes, the optimization is acceptable. 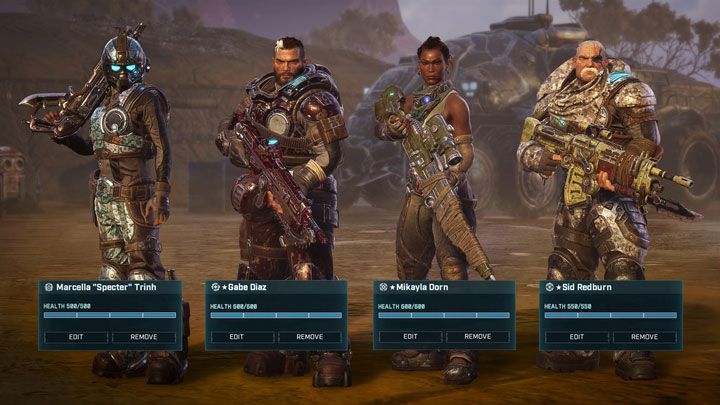 However, do not think that Gears Tactics is an all-time masterpiece. There are some downsides to the game as well. Similar tasks. After the story missions, a list of mandatory secondary missions appears in which you can upgrade the fighters and try to knock out better equipment. As a reward for completion, we get a box with a random item, but if we also complete an additional task, we will get another box one level higher. The problem here is that after the story missions, they usually give you the opportunity to buy already upgraded fighters with all the necessary equipment. And the quality of the dropped items is debatable, something really valuable and radically changing the usual tactics rarely falls out. And most importantly – the mission is too often repeated, alas.

The bosses are interesting. Yes, they finally started to make bosses in turn-based strategies! But they are few. And the last boss is even tighter.
Misses at 70-80% can be annoying. Although the probability in Gears Tactics works much softer than in XCOM, there is nothing to talk about. They don’t allow you to save step by step, but the checkpoints are placed more or less decently.

There are claims even to the plot tasks. They themselves are well done, especially the staging in screensavers, the plot is intriguing. But the developers of the Gears series stubbornly pretend that their series of games was not a console game at all. An ordinary PC player knows who the main characters are, what kind of world it is, what is causing the conflict, etc. As a result, part of the charm is lost. And this is a shame, because many elements of the universe fit perfectly into the step-by-step version.
After passing Gears Tactics leaves positive emotions. But do not forget that this is a one-time game. Here they will give the opportunity to further pump their team on missions of increased complexity (veteran tasks), but again – monotony. Somehow I don’t want to do this.

As for the price, there is an unexpected generosity on the part of the developers. 1085 rubles regional price. For comparison – XCOM 2 2016 without add-ons costs 1699.

Bottom line: a very good turn-based tactics, a must for both strategists and fans of the Gears series.

Our company reviews the most popular computer games from well-known providers, we also review personal computers that allow you to play as comfortably and smoothly as possible, their detailed characteristics, as well as average market prices.